Fake news websites (also referred to as hoax news websites) are Internet websites that deliberately publish fake news—hoaxes, propaganda,and disinformation purporting to be real news—often using social media to drive web traffic and amplify their effect.
Unlike news satire, fake news websites deliberately seek to be perceived as legitimate and taken at face value, often for financial or political gain. Such sites have promoted political falsehoods in India, Germany, Indonesia and the Philippines, Sweden, Mexico, Myanmar, and the United States. Many sites originate in, or are promoted by, Russia, North Macedonia Romania, and the United States.
Click to read the full article on Wikipedia
https://en.wikipedia.org/wiki/Fake_news_website
Email ThisBlogThis!Share to TwitterShare to FacebookShare to Pinterest

" A House Divided Against Itself Cannot Stand"

Russia is trying to weaken and destroy our democracies and they are doing a fine job.  Russia still has great power. They have a very large and capable military, a major nuclear force, and a will to dominate the west.

Through disinformation and propaganda they spread stories and lies to anger our citizens and turn them against one another. Their efforts are a cheap and easy way to spread falsehoods and weaken western democracies. And they are succeeding.

The level of trust American now have for one another and for governmental agencies and media are now extremely low. Russia and Putin are very happy about this.

Russia spreads crazy stories in a variety of ways.  They email these stories to yellow rag blogs who are happy to post the misinformation, and embellish it. This gets the blogger attention, and clicks, which help their national exposure and their bottom line. They have no journalistic training, ethics, or oversight. The various blogs pick up conspiracy theories, embellish them, and keep on spreading falsehoods.

It is very hard to combat this. It is like playing whack a mole - you smash one rumor and ten more pop up.

Even intelligent people end up believing some of this malarkey. SAD.

How They Do It

In the run-up to the presidential election, BrandeisNOW asked faculty to provide analysis and insight into some of the most pressing issues facing the country. This is part of the series.

Over the last decade, the growth of social media has gone hand in hand with the increasing use of those platforms for the coordinated dissemination of disinformation.

Russian pseudo-state operations such as the Internet Research Agency, based in St. Petersburg and financed by allies of Putin, are of particular concern. They have been linked to dozens of international campaigns using “troll farms” of employees posting with fake accounts in addition to networks of automated bots to push disinformation on social media.

These campaigns have been global in reach, including efforts in both South America and Africa. The countries of the former Soviet Bloc have been intensely targeted, especially Ukraine in the wake of the Russian-supported insurgency in eastern Ukraine.

The United States has been the target of what can appear to be a bizarre cacophony of campaigns.

In addition to extensive campaigns supporting Donald Trump leading up to the 2016 presidential elections, campaigns at various points focused on: a hoax about poisoned Thanksgiving turkeys, an invented chemical plant explosion, anti-vaccination propaganda, electoral college reform, anti-Muslim immigration, Black Lives Matter, and even the organization of anti-Trump protests once he was in office.

For the most part, these campaigns have co-opted existing organizations and content and repurposed and amplified their message.

The campaigns exploit existing political fault lines like race and regionalism to increase polarization and disaffection with the political system. The complete lack of a coherent message across these campaigns is jarring until one realizes that the goal of the campaigns is not necessarily to convince anyone of anything, but rather to generate noise.

We can see this in action when we look at the internal propaganda of the Putin regime on specific topics like the Malaysian Airlines flight shot down over Ukraine in 2014 in which a plethora of completely contradictory – and largely obviously fictional – explanations  were pushed simultaneously.

The proliferation of noise encourages the public to disbelieve everything and undermines the basic assumption that there is an objective truth that we can more or less trust media outlets to tell us.

Democracy does not function without trust – in institutions, in the press, in fellow citizens. Russian disinformation campaigns have found social media a fertile field for destroying that trust.

Steven Wilson is an assistant professor of politics whose research focuses on Russia, cybersecurity, and the role of social media in shaping collective action, authoritarian resilience and de-democratization.

BRUSSELS (Reuters) - Russian media have deployed a “significant disinformation campaign” against the West to worsen the impact of the coronavirus, generate panic and sow distrust, according to a European Union document seen by Reuters.

The Kremlin denied the allegations on Wednesday, saying they were unfounded and lacked common sense.

The EU document said the Russian campaign, pushing fake news online in English, Spanish, Italian, German and French, uses contradictory, confusing and malicious reports to make it harder for the EU to communicate its response to the pandemic.

“A significant disinformation campaign by Russian state media and pro-Kremlin outlets regarding COVID-19 is ongoing,” said the nine-page internal document, dated March 16, using the name of the disease that can be caused by the coronavirus.

“The overarching aim of Kremlin disinformation is to aggravate the public health crisis in Western countries...in line with the Kremlin’s broader strategy of attempting to subvert European societies,” the document produced by the EU’s foreign policy arm, the European External Action Service, said.

An EU database has recorded almost 80 cases of disinformation about coronavirus since Jan. 22, it said, noting Russian efforts to amplify Iranian accusations online, cited without evidence, that coronavirus was a U.S. biological weapon.

Quotes below from the Commission on Security and cooperation in Europe

In his opening statement, Sen. Gardner described the serious threat that Russian disinformation poses to the liberal international order, and underscored “how it undermines the security and human rights of people in the OSCE region.” Russia’s goal, he said, is “to sow fear, discord, and paralysis that undermines democratic institutions and weakens critical Western alliances such as NATO and the EU.”

Ranking Member Sen. Ben Cardin (MD) highlighted the impact of Russian disinformation campaigns in Ukraine in conjunction with the recent invasions of Crimea and the Donbas. He also noted the extent of Russian efforts to influence the 2016 presidential election in the United States, and observed that such disinformation campaigns take advantage of our democratic institutions to advance Russia’s strategic agenda.

“The Russian strategy seeks to destroy the very idea of an objective, verifiable set of facts,” he said. “The BBG is adapting to meet this challenge head on by offering audiences an alternative to Russian disinformation in the form of objective, independent, and professional news and information.”

In her testimony, Ms. McKew described Russia’s disinformation campaign as “the core component of a war being waged by the Russian state against the West, and against the United States in particular.”

Click to read an excellent US State Department report on Russian Disinformation - Why and how they do it.

Subversion (from the Latin word subvertere, 'overthrow') refers to a process by which the values and principles of a system in place are contradicted or reversed, in an attempt to transform the established social order and its structures of power, authority, hierarchy, and social norms. Subversion can be described as an attack on the public morale and, "the will to resist intervention are the products of combined political and social or class loyalties which are usually attached to national symbols. Following penetration, and parallel with the forced disintegration of political and social institutions of the state, these loyalties may be detached and transferred to the political or ideological cause of the aggressor".[1] Subversion is used as a tool to achieve political goals because it generally carries less risk, cost, and difficulty as opposed to open belligerency. Furthermore, it is a relatively cheap form of warfare that does not require large amounts of training.

Mote Aquarium at I-75 and University Parkway 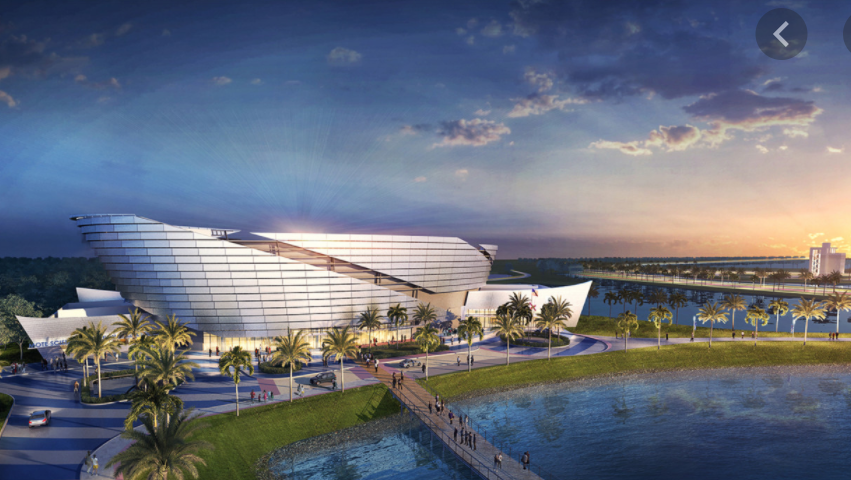 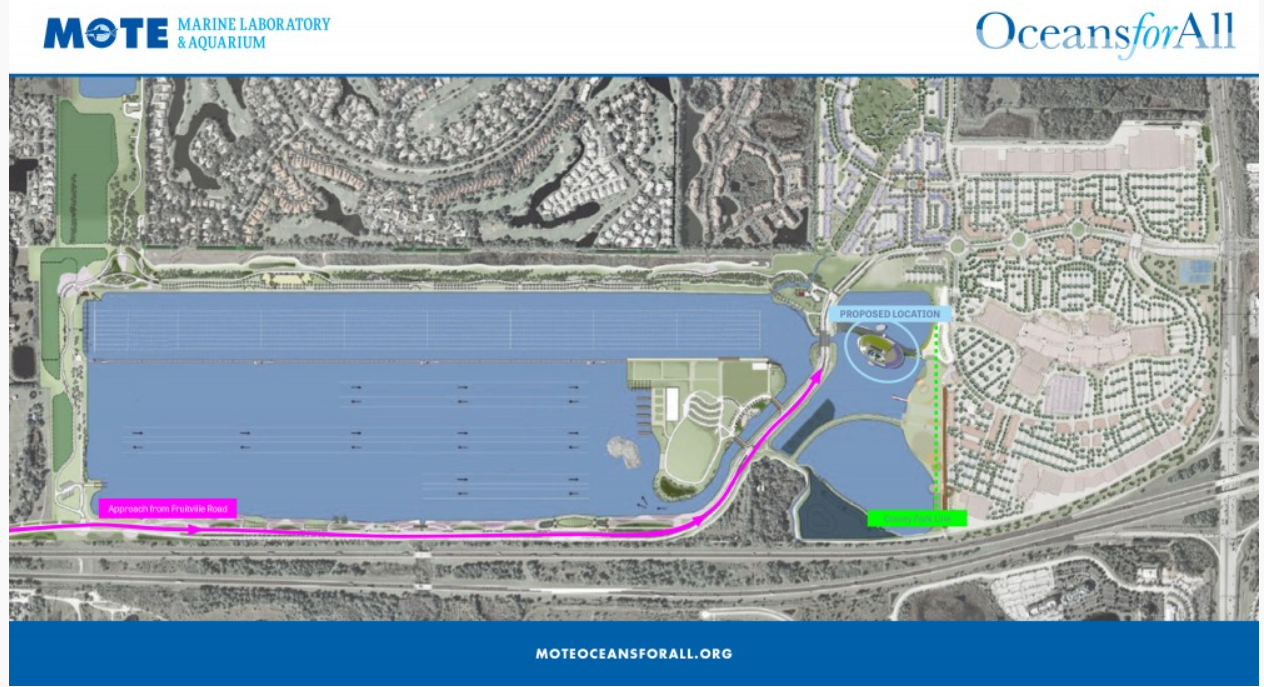 About 100 people turned out for Friday’s Mote Aquarium groundbreaking next to the Mall at University Town Center in Sarasota. Some firefighters, general public, press, Sarasota and Manatee commissioners and Mote trustee and board members attended the event. Mote has raised more than $75 million for the new ship-shaped aquarium and will use the existing Mote Marine Lab for research space.