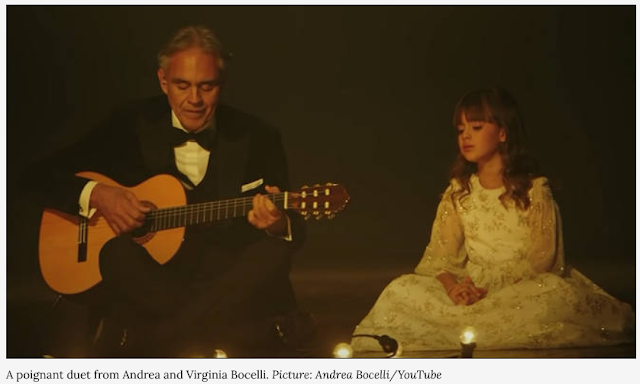 Eight-year-old daughter, Virginia Bocelli. On the empty stage of Teatro Regio di Parma, father and daughter sprinkle some Bocelli magic on Leonard Cohen's timeless ' Hallelujah'; Andrea on guitar and vocals, and Virginia on vocals and harmony.

At age 12, Bocelli lost his sight completely following an accident during a football game. He was hit in the eye playing goalkeeper during a match and suffered a brain hemorrhage. Doctors resorted to leeches in a last-ditch effort to save his sight, but they were unsuccessful and he remained blind. 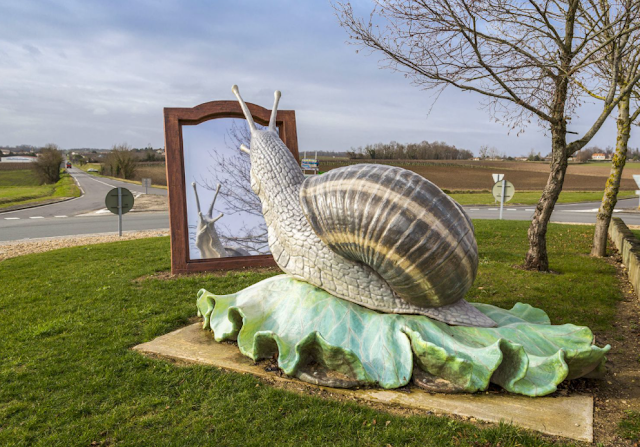 How France Turned the Humble Roundabout Into a Showcase for Art

From children’s boats to snails and a giant thumb, the spaces drivers pass around are now islands of creativity.

Thousands of visitors recently flocked to France’s most famous roundabout — Place Charles de Gaulle in Paris — to see its centerpiece Arc de Triomphe wrapped in fabric by the late artists Christo and Jeanne-Claude.

But, away from international crowds, there are myriad lesser known projects that dot the islands of more humble traffic circles across France. A construction frenzy in recent decades to reduce accidents opened up the opportunity for creativity: how to use tens of thousands of empty spaces that range in diameter from just a few meters to the length of two soccer fields.